Why Does Love Disappear After Marriage? 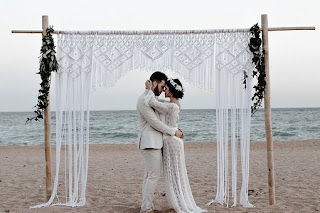 Most couples find their intensity of love greatly diminished after marriage. It is really surprising that people who cannot live without each other before marriage, find themselves so trapped in marriage that they seek divorce and then try to marry another person. Even when they do not seek divorce they engage in extramarital relationships where they try to search love in another person. If they control all types of extramarital relationship due to social pressures, they still cannot live with their spouse in harmony as they find that the spark of love has disappeared from their lives.

Where does love go after marriage? Is it due to the wrong selection of the beloved that one has to finally part ways or there are some greater mysteries behind the loss of love? The increasing rates of divorces, the increasing number of live-in relationships and the increasing number of the birth of children outside wedlock are ample evidences that people have already started avoiding marriages. Some people have started believing that marriage is an outdated institution and that living with each other without marriage is better for the relationship than getting married.

It is really surprising why marriages are failing despite the fact that most marriages are voluntary and the couples are now getting married only if they love each other. They often spend many years together to test their compatibility with each other before getting formally married.

It is therefore, important to understand love before understanding why love is diminished after marriage.

Love between two individual means that both people extend their personalities and become one with each other. It is like union of two or more atoms to make a molecule. For example, when two atoms of Hydrogen and one atom of Oxygen combine with each other, they make a molecule of water which is totally different from either hydrogen or oxygen. Thus love is different than all other types of relationship as the lovers become one and instead of maintaining their individuality, lose their identity. They become complimentary to each other as they become one and often they perform different roles in their lives so as to complement each other.
Thus the bond of love brings two people together and makes them one.

It is difficult to define love as love has many manifestations. People may perceive love as lust, affection, respect, friendship, worship, trust, compassion etc. For example, couples may come close to each other as friend and they gradually find each other physically attractive (lust). In many case like arranged marriages, the relationship first start with physical (lust) and gradually it get converted into friendship and other forms of love. However, soon all loving relationship transforms so as to complete all forms of love like affection, compassion, respect etc. You can easily notice that the people who remains married for long period become extremely dependent on each other and all forms of love are present in their relationship. They develop affection for each other which is the purest form of love existing between mother and child. They respect each other and develop faith on each other. The long married couples gradually become so much dependent on each other due to their completeness of love, that they do not need any other person to complete their relationship. They are best of friends and they take care of each other best. That is why the spouses are also called half-self as without them a person feels incomplete.

In order to live happily and lovingly in our life, we have to understand the true love which is much more than physical or emotional. Love is continuously transforming in every relationship till it acquires the completeness. Physical attraction may be a design of nature to bring the people of opposite sex together. Yet once the couple become physically satisfied, it is time for love to get transformed and bring more colours into their love. If you can understand this design of love, you can only wait for love to get more mature and bring more love into your lives.

Life is a mystery which can not be explained either by science or by scriptures. Truth has a body and a soul which we call science and religion. Contrary to popular perception, they are not opposed to each other but complement each other like body and soul. In fact, they can not exist without each other.