Signs Your Guy Might Not Be Marriage Material After All 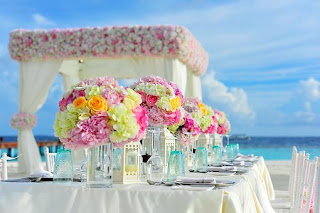 You want to get married but you are unsure about your guy. There is something about him that makes you uneasy and you want to know if this apprehension about marrying him is just in your mind or if there is a reason for it. Can your guy be poor material for marriage? What are the signs that your guy might not be marriage material after all?

It's his way or the highway...there is no negotiation! Marriage is about continual compromise as your two lives gradually merge into negotiated compromises that you can both live with. If your guy is always right and your life has to fit into his without him making any changes or compromises then your lives do not merge into a new life made up of both of your essences; instead your life and identity simply disappear into his and you cease to exist in many ways. If your guy is like that then this is a clear sign that your guy might not be marriage material after all; unless your idea of marriage is being absorbed by another and living your life under their complete domination. A good marriage requires that when conflict arises you both negotiate a way forward that meets some of your needs and some of his needs but if he refuses to negotiate and instead insists that you do things his way then only his needs will be met and you will begin to resent him and to loss the essence of who you are; a disservice not only to yourself but to every other human being in your world who now has to live life without the real you.

He thinks he is God's gift to women and you are lucky to have him. If your guy feels like this then he will lord it over you in marriage. You want a confident guy but you do not want an arrogant guy who thinks he is of godlike status as he will be self centered in marriage and will only think of himself, his needs and his wants; an untenable situation in any real marriage. A good marriage involves the giving of your time and your resources for the other person's happiness or convenience and if your guy's world revolves around himself then your guy might not be marriage material after all as he will be unable and unwilling to make any sacrifices for you, your happiness or your convenience. A self absorbed guy is not marriage material unless your idea of marriage is giving up who you are and joining him in worshipping at the altar of his ego.

He loves many women and will not give them up! A guy who cannot give up other women for you might not be marriage material after all. Marriage requires trust that for many women grows as their confidence in their man grows through fidelity, honesty and being true to their word. If your guy is still playing the field and is unwilling to stop then he may not be marriage material unless your self esteem is so low that you believe that just having him in your life is enough for you and so you accept a union where he shares himself with other women while you remain faithful and true to him.

He has temper tantrums like a 2 year old! If your guy cannot be constructively angry then he might not be marriage material after all. If he kicks and fusses whenever his need or wants are not met immediately then he may not have the maturity to enter into marriage. Expressing anger is not the problem. The problem is his need to gratify all his desires here and now regardless of your feelings and needs. The ability to delay gratification is a key component of personal growth as it ensures that you invest your energy and resources for your relationship and your future. If your guy cannot handle 'no' then he is not marriage material unless you want to spend you days with a man-child who you have to constantly pacify.

He has habits that you really cannot live with but which you hope to change in marriage. If there are things about him that you absolutely cannot stand then take a step back because your guy might not be marriage material for you after all. He may be marriage material for some other woman but not for you. Whatever habits he may have that you cannot stand; don't assume that marriage and your love for him will be able to change him. He may change some bad habits after marriage but you cannot go into marriage banking on him changing as he may never change. Marry a guy whose bad habits, though somewhat annoying, are not deal breakers for you. A guy with deal breaking habits is not marriage material for you!