There are many factors involved when it comes to keeping a marriage. Love needs exercise to keep a marriage, as love by itself is not enough. Other factors are the couple's age, their previous relationships and even if they are smokers.

You can live happily ever after and Australian researchers have identified what is needed to keep couples together, and it's a lot more than just being in love.

The study done by researchers from the Australian National University was called "What's Love Got to Do With It," and tracked nearly 2,500 couples married or living together. The study done from 2001 to 2007 helped identify factors associated with couples who remained together compared to those who divorced or separated.

Keeping a marriage together and strong requires not only love which is a major role player but activities geared to building relationships and closeness between the marriage partners.

Love and exercise, as in doing a fitness routine together can surely help bring a couple closer together both physically and emotionally.

Having fun doing something you both enjoy and that is good for you will bring a new sense of togetherness and closeness to the relationship helping to get to know each other better and even pushing your partner on to new heights they never thought possible.

Women usually want kids at some point and if the husband does not there is a chance of divorce.

Another key factor determining a divorce is the couple's parents. 16% of couples whose own parents separated or divorced will experience marital separation themselves compared to 10 percent for those whose parents did not separate. 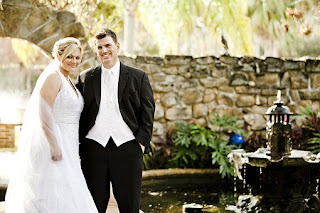 If you're in your second or third marriage things don't look good as you are 90 percent more likely to separate than spouses in their very first marriage.

Not surprisingly the almighty dollar plays a huge role in the outcome of a marriage. 16 percent of respondents who were poor or the husband - not the wife - was unemployed, had separated, compared to just 9 percent of couples with healthy and strong finances.

If one partner smokes and the other does not there is a likely chance that this relationship will not last.

There are factors which do not significantly affect a marriage including how many children they have and their ages, along with the wife's employment status and for how many years the couple has been employed.

This was a joint study done by the Australian National University, and the Department of Families, Housing, Community Services and Indigenous Affairs.