Divorce and Its Implications: As Shared By A Family Lawyer From Tampa 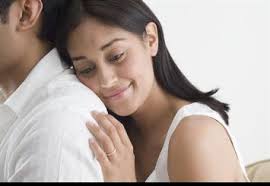 There has been a surging rate in the number of divorce cases in Tampa and the rest of the country. The rising trend for divorce is not only an isolated case within the circle of celebrities as we often see in the television. Divorce has been increasingly moving closer to home.

According to a well-known family lawyer and divorce lawyer from Tampa, this phenomenon does not only affect the parents who are the main subjects of every divorce proceedings. It also has significant and oftentimes adverse effects on their children.

According to recent studies quoted by the divorce lawyer and family lawyer specializing on family law, dissolution of marriage, modifications, paternity, custody, visitation, and child support, only 60% of adult children whose parents have divorced actually get married. Of this percentage, an astounding 40% ends up getting a divorce, too. The figures are very alarming compared with the 9% divorce rate of children from non-divorced parents.

Of course, she adds, that there are also personal issues that attribute to these statistics. But these personal problems have been seen as constantly occurring to children with divorced parents. Such is the implication of the social phenomenon called divorce.

So why do people seek divorce in the first place? There are many reasons that can be cited, but our divorce lawyer from Tampa cited three most fundamental reasons and how couples can move away from them:

This is perhaps the biggest reason of most couple who go their separate ways. As soon as the lines of communications fail, you are sure to place the marriage on the rocks. A person who cannot discuss their feelings, cannot talk about issues concerning his or herself, will have a hard time maintaining a relationship. As the family lawyer in Tampa has said, you cannot expect your partner to be able to read your mind and guess whatever it is that you are thinking or feeling about.

There are four cornerstones when it comes to creating conflict and managing it. these four are based on how to look at criticism, defensiveness, contempt, and stonewalling.

Couples who are bound to get irreconcilable differences are those who say these statements respectively: Who do you think you are? Why is it always about me, what about what you did, if you did any? You have no right to say that I am better than you! I can’t believe you are saying this!

Instead of focusing on these negative emotions, the family lawyer in Tampa recommend to focus on these thoughts instead: criticize constructively, take responsibility instead of being defensive and blaming others, cultivate culture of appreciation, and teach oneself to take 20 to 30 minutes time outs before making another round of argumentation.

Intimacy is closely linked to open communication lines and it is an important factor for every relationship to work. Intimacy does not necessarily refer to sexual activities. In fact, some couple who may have an active sex life but who are intimate emotionally are more prone to separation.