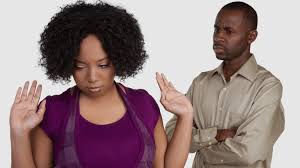 PRECONCEIVED NOTIONS
Most people go into a marriage with pre-set idealized notions of what the 'ideal marriage' is; but once reality sets in, conflict may arise on different levels and the result may be a war-zone for some. According to a Licensed Marriage and Family Therapist, every couple has some conflict. But ironically the problem is not conflict, but how couples resolve marital conflicts in their marriage which is crucial in maintaining a healthy relationship.
THE WARNING SIGNS
In a research at the University of Washington identified what calls the 'cascade toward marital dissolution.' First, couples who are unhappy often become very critical of each other. Later, when couples proceed further down the path toward real trouble, they may add contempt. They may throw in name-calling, eye-rolling, sneering, mockery, and hostile humor. Add to this mix, defensiveness and stonewalling. Then a couple is really in trouble when they start leading parallel lives and loneliness sets in. Couples with high levels of marital distress fight frequently and their fights don't lead to resolution, but rather leave the couple feeling tired.
DEAL WITH CONFLICT
Most couples point out to deal with conflict in a positive way, but there is no one, single, right way to go about conflict resolution. Some couples agree to disagree; others diffuse conflict with humor. Some avoid it like the plague and act as if it doesn't exist. The key is that they are in agreement to avoid all arguments. This method fails miserably when one person wants to avoid and the other wants to confront. "Marriage counseling with couples in conflict can be a daunting task, yet there are two basic things to do with couples; to identify patterns of behavior that are not working and disrupt them and to identify patterns that either are working or once were working and strengthen them,
TIPS TO SAVE YOUR MARRIAGE
Acknowledge the problem exists, be honest with yourself. Begin by asking yourself what problems you and your spouse are encountering. You should be able to identify what difficulties need to be resolved and what you wish to accomplish. Share your thoughts and feelings, and request your spouse to share his/hers.
Remember the positives. Many couples neglect the wonderful things which were there at the beginning of their marriage, or even prior to their marriage.
Placing some focus on these things is a great way to save a marriage.
Time is of the essence. Nowadays we often hear about "quality time". However, in many cases, it means trying to squeeze as much as possible into a small amount of time allocated for it. The prescheduled quality time is simply not enough. Granting your spouse your undivided attention is the factor which will help this very important person to realize that he/she still takes center-stage in your life.
Being able to recognize that no two people can reasonably be expected to agree on everything is another way to save a marriage. The differences come about from a person's background and upbringing. This can basically be resolved by compromise or by "agreeing to disagree".
Creating boundaries. The happiest marriage is one where clear boundaries exist and are consistently respected by both spouses and those around them. There are a numbers of boundaries which are essential for a healthy and happy marriage.