How To Save Your Marriage: There Is No Winner Or Loser 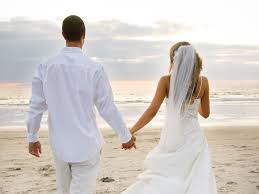 The best time to worry about how to save your marriage is before you feel you have to start worrying about it. But you know what they say about hindsight being twenty-twenty and nobody can predict the future. Life is a series of ups and downs but if you're really concerned about saving your marriage then maybe this advice will help.
There is no winning or losing
In a marriage there is no winning or losing when you have a disagreement. Think about it. When you feel like you 'won' the argument, what did you really win? There's no prize or trophy for coming out on top. In fact, there should be no 'top'. You're a couple, a partnership, and you should always be on equal footing.
Most disagreements aren't really about who did the dishes last night or whose turn it is to take out the garbage. Most disagreements are about feelings and you can never change the way someone feels. If they feel hurt then you can't change the way someone feels just by telling them they're wrong.
Learn how to listen to each other
One of the hardest things to do during the heat of an argument is listen to your partner, listen to what they're really saying and how they're saying it. You're angry, you're frustrated, you're hurt, and all you can think of is what you want to say next. You're both standing there shouting but you're not hearing each other.
One reason couples don't listen to each other is because they both feel they'll be 'losing' the argument if they don't speak their mind. But that's not the case at all. It's not about winning or losing or defending your position. It's about respecting your partner enough to listen to what they have to say.
Learn to speak without hurting each other
You've probably noticed that as your argument becomes more heated the words you say become more hurtful. Remember, you're not out to win something. All you're really trying to do is come to some kind of agreement - a compromise. If you keep in mind that there is no win or lose then you can stay calm during your discussion. But it's when you lose your temper and start trying to 'win' that all those hurtful words start pouring out.
It sounds trite to tell you that all you really need to do is treat your partner with the same caring and consideration that you'd like to be treated with, but it's true. Acknowledge the you each have feelings and that those feelings are neither right or wrong - they're feelings, and they hurt sometimes. Stop trying to win the argument and you won't have to worry about how to save your marriage.