Traits That Make a Woman Stand Out

“We can improve our relationships with others by leaps and bounds if we become encouragers instead of critics.”
— Joyce Meyer 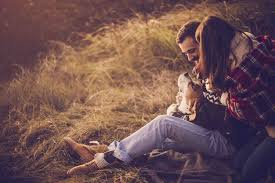 With a lot of single women like you out there and most single men are already taken, the competition for single men is high. To succeed in dating, a woman should be capable of getting the attention of those single men. So what makes a woman stand out?
She's oozing with confidence. Take note, it is confidence and not arrogance because those are two different things. An arrogant person is someone who thinks she's better than anyone else. A confident woman is someone who knows her worth but still respects others. A confident woman knows her value, knows what she wants and knows how to get it. Confidence is one of the traits that makes a woman stand out.
She has her own style. She's not a copy cut but she has her own style and personality. Many women are victims of hypes and trying to look like someone who is popular so these women end up like replicas who dress alike and act alike. It is not bad to follow the trend but a woman who stands out knows herself and has her own style, a style that suits her personality. Having a style of her own makes a woman stand out. A woman who exudes her own style stands out in the midst of women who dress and act alike.
She looks at the brighter side. A woman who is not melodramatic and does not take things too seriously is admirable. Life can be full of drama and unexpected circumstances but she knows how to look at the brighter side and do not let stress and problems take the best of her. A woman who has the ability to look at the brighter side despite the harsh realities of life makes her stand out. A positive attitude makes a woman stand out.
She's fun to be with. Although she doesn't live an easy-going life, she can be spontaneous and can have an easy-going attitude once in a while. She doesn't make a big deal out of everything. She knows how to have fun and she's fun to be with.
She's good at something. What a ballerina, a woman book author or a writer, a woman who paints and showcase her works in art galleries or exhibits, an excellent cook, a woman who designs clothes, a woman who can play musical instruments and a woman who plays sports have in common? They stand out because they are skilled and good at something. Not all women who are good at something were born gifted but they are women who are passionate about something and coupled their passion with actions. You can do the same if you want to stand out. What is your passion? Are you doing something about it? Being good at something makes a woman stand out.
She can express herself and can make decisions. Many women avoid making decisions and airing their opinions because they are afraid. They leave those things to men which some men find a little burdensome. The ability to make decisions and speak her mind can make a woman stand out. She doesn't have to be forceful but when asked, she should be able to express herself and make decisions.
Her independence. She's not clingy. She's comfortable on her own and she knows how to handle her life. Although she wants a man in her life, her world doesn't revolve only around men. She has her own thing going and she's in control of her own life. She can live on her own and not needy.